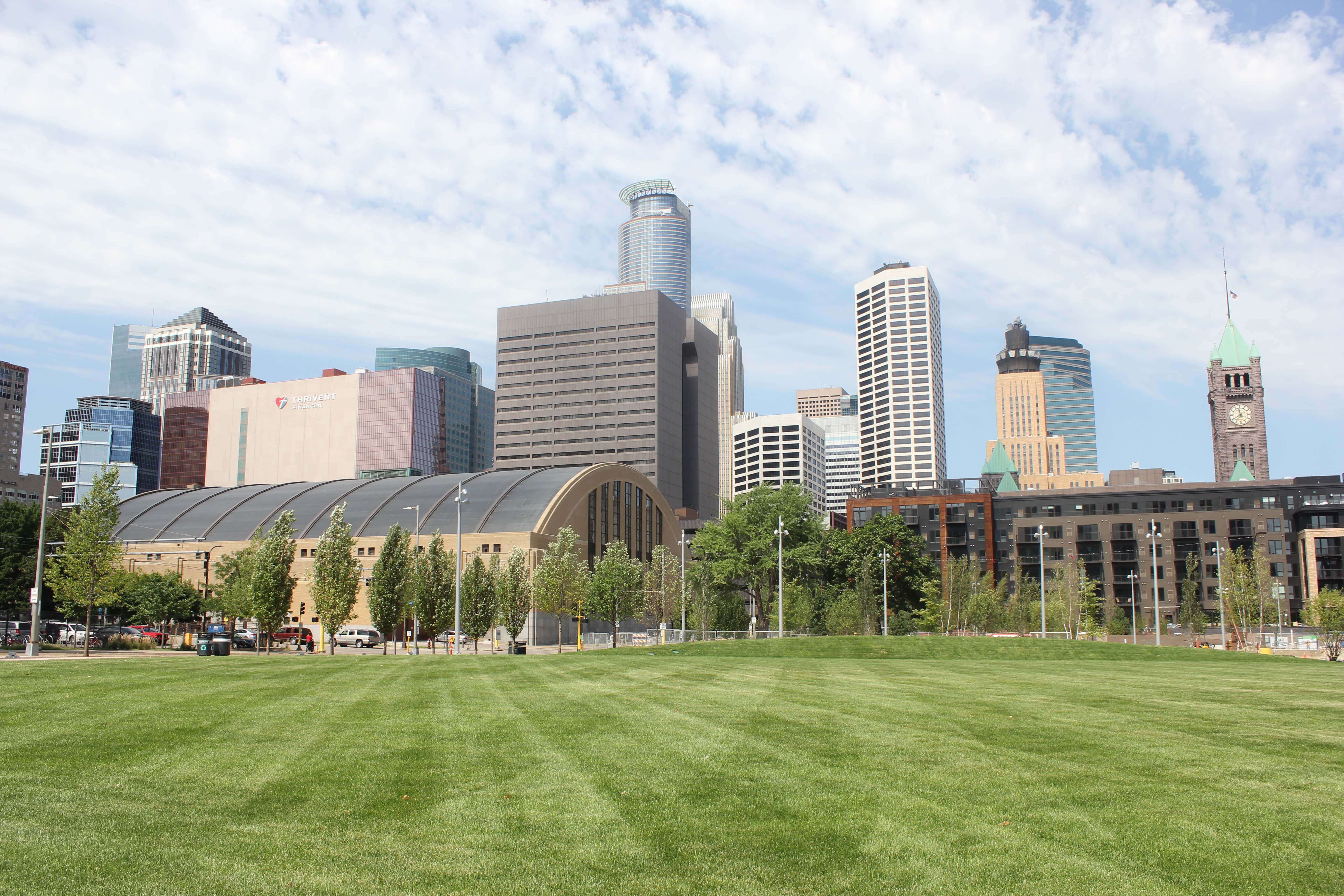 Next month a relatively new private nonprofit will take over maintenance and fundraising for the high-profile Downtown East Commons park.

Green Minneapolis is a conservancy created by the Minneapolis Downtown Council two years ago for exactly this purpose. As of Feb. 1, the 501(c)3 non-profit organization will formally take over the maintenance and fundraising for the two-block park, which will see greater investments into programming under Green Minneapolis control.

“I think the really big step up and improvement in the next year is that we’re going to be actively activating the park,” said David Wilson, who chairs the conservancy’s board.

The organization will have a $1,375,500 budget this year with $500,000 coming from the City of Minneapolis and $875,000 coming from the park’s operating reserve. It’ll also take on the $22-million fundraising goal for the Commons, which includes $4 million for operations until Green Minneapolis can build a sustainable model through sponsorships and earned revenue. So far a fundraising committee has raised approximately $14 million, which, with the assistance of a short-term loan from the park’s developer, Ryan Cos., was enough to open a basic version of the 4.2-acre park last summer.

The next round of fundraising will go toward finishing the Commons, which doesn’t feature two buildings, terraces along the park’s primary lawn and a wet plaza as originally planned. Two proposed structures could house a restaurant and park offices, storage and restrooms for park users.

Wilson said he expects the organization to announce an update on fundraising in February. So far, funds have come from highly visible companies in Downtown East, including the Minnesota Vikings and Wells Fargo, as well as families and philanthropists. Park dedication fees, funds the Minneapolis Park and Recreation Board collects from developers to finance park improvements in growing neighborhoods, could also go toward the Commons.

For programming, Wilson said they’re looking to host a series of movies in the park, as well as bring in a new farmers market for both residents and commuters after work. Neighborhood-centric activities could include yoga in the park or have pingpong tables out for parkgoers.

“So every single day they know they can visit the park if they don’t want to sit on a park bench and read a book,” he said.

The responsibilities are a big step for an organization that consists of just a couple staff and a volunteer board.

At the heart of the organization is a volunteer board consisting of Ellen Breyer, the former CEO of the Hazelden Betty Ford Foundation, Jay Cowles, the president of Unity Avenue Associates and a founding member of the Itasca Project, and Steve Cramer and Kathryn Reali, the Downtown Council and Downtown Improvement District’s president/CEO and COO, respectively. Wilson is a senior managing director at downtown-based Accenture as well as a board member of the DID and council. There are also ex-officio members Jayne Miller, the superintendent of the Minneapolis Park and Recreation Board, and Spencer Cronk, the city coordinator for the City of Minneapolis. The board recently brought on Cynthia Froid, a local real estate veteran.

While they share some leadership, Wilson said Green Minneapolis and the Downtown Council and DID, which previously handled the park’s operations, are very different organizations. As a nonprofit, Green Minneapolis, which is legally separate from both the council and the City of Minneapolis, is able to raise funds on behalf of its clients, something the city is unable to do on its own. The DID is largely funded through assessments on downtown businesses, while Green Minneapolis earns income from clients — in this case, the city — and charitable donations.

Green Minneapolis is co-located in the same office suite as the council and DID on Nicollet Mall. It will also contract out the same staff to maintain the Commons.

“Green Minneapolis is uniquely equipped to run this kitchen table for our city. Having experts with a laser focus on this space 24/7 will make it a favorite Minneapolis destination,” Ward 3 Council Member Jacob Frey said in a statement.

The organization isn’t stopping at the Commons. Green Minneapolis is already actively fundraising for the city’s renovation of Peavey Plaza, which Wilson said they could also program in a similar arrangement to the Commons. Further down the line is a possible work to build downtown’s number of trees, a task that Green Minneapolis is spearheading without the request of the city or Park Board.

“To attract residents, visitors and businesses in the 21st century, cities need vibrant downtowns with green, safe, welcoming streets and active, exciting parks and public places where citizens from all walks of life can come together. Green Minneapolis is committed to working with the city to enhance our downtown, and the Commons is a great first project towards this goal,” Wilson said.