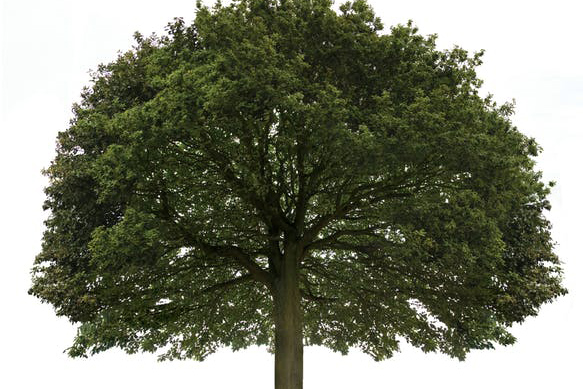 Minneapolis has a tree crisis, according to Peter MacDonagh, director of design and science at the landscape architecture firm Kestrel Design Group in Edina.

One cause of that crisis is out of our control: Trees, specifically ash trees, are dying.

Emerald ash borer has the potential to wipe out most of the ash trees in the city, as many as 217,000 trees, according to a 2012 Minneapolis Park and Recreation Board survey.

In response to this infestation, the Minneapolis Tree Advisory Committee has called for the city to plant about 25,000 new trees each year. That sounds like a lot, but New York City planted 1 million trees in eight years, over five times the rate in the Minneapolis recommendation.

And while trees can be costly to plant, from $13 to $65 each, they more than pay for themselves in “stormwater reduction, improved public health outcomes, lower crime rates and increased property values,” said MacDonagh.

Green Minneapolis is a new conservancy focused on the development and operation of downtown parks and on boosting the number of trees in the urban core.

The conservancy is calling for “a tree ordinance and a green-streets plan,” said its board chair, David Wilson, “with appropriate tree species and planting methods that reflect different downtown microclimates, with native-grass planting beds rather than tree grates to better capture stormwater.”

Which brings up the other reason for Minneapolis’ tree crisis. We don’t plant street trees correctly.

“In almost all U.S. cities, trees die well before their time,” said MacDonagh, because they don’t have enough soil in which to grow.

“One square foot of tree canopy requires one cubic foot of soil for its roots,” he explained. “And if cities want to grow large, vigorous trees, they need to increase the soil volumes for trees’ roots.”

Given all the utilities under our sidewalks and streets, it might seem hard to find enough soil. Not true, said MacDonagh. Sewer and water lines lie deep underground, and the gas and electric lines closer to the surface can be put in concrete enclosures not as sensitive to tree roots.

There also are street designs that are good for both pedestrians and trees.

Curb extensions at intersections can make crossing streets safer for pedestrians, in part because they slow traffic. They also allow for masses of soil for tree roots.

And providing more dirt for trees can mean pay dirt for cities.

If the city plants 500,000 trees by 2040, with enough soil volume to let them have a full life, that’s over $12 billion in greenbacks in exchange for a lot of green space. Not a bad way for a city to make money.

Another plus? The city has plenty of places in which to plant these trees.

He tells a story of how the scouting team for Major League Baseball’s All-Star Game liked Minneapolis’ downtown, but found the interstates and the ramps to downtown “extremely ugly. They recommended immediate improvements,” he said, “which never came.”

The time has come.

“Minneapolis’ interstate and freeway corridors are over 15 miles long and those roadside margins add up to hundreds of acres,” said MacDonagh. “Instead of bland, no-benefit turf grass, the sloped sides of highways could be freeway forests.”

Trees, of course, require maintenance, but there’s an easy way around some of that.

MacDonagh suggests planting evergreens, which would eliminate any need for leaf cleanup on the freeways.

Evergreens, he pointed out, “reduce blowing snow and lower temperature extremes on pavements, which increases the safety and life span of a road. Evergreens also hold air pollution. In fact, pine needles and wood chips are exceptional at absorbing heavy metal dust from batteries and brake linings.”

Imagine Minneapolis a couple of decades from now, with a green canopy covering almost half of the city and an evergreen forest along our highways. We would have cleaner air and water, cooler summers, less windy winters, higher land values, and a healthier population.

As MacDonagh envisions it, visitors would think: “It’s nice to get to Minnesota, up here in the North Woods, the Mississippi headwaters state, where they do things right.”

Thomas Fisher is director of the Minnesota Design Center at the University of Minnesota.