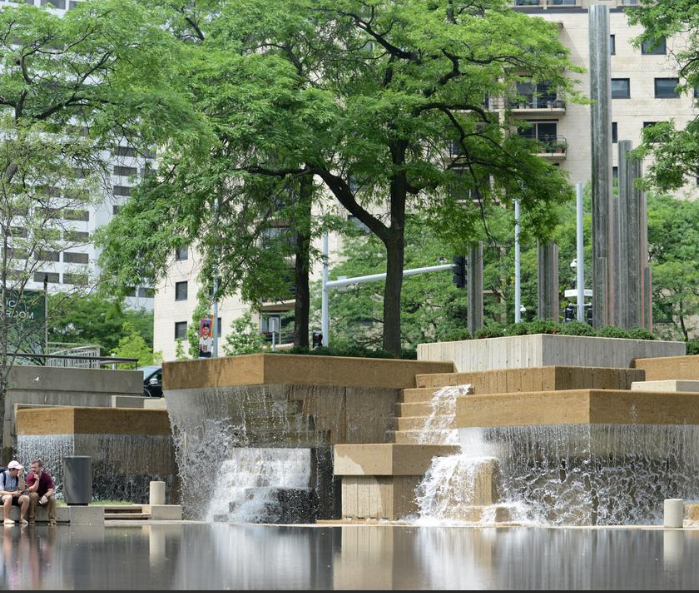 The project includes the restoration of the plaza’s fountains and water features, new trees and landscaping, enhanced lighting and improved accessibility. The water level in the large basin was reduced from 10 inches to a quarter of a inch, which makes it easier for people to cool their feet on a hot day.

The landscape architect for the project was Minneapolis-based Coen+Partners and Global Specialty Contractors of Eagan was the general contractor.

The plaza had been in disrepair for many years and city leaders debated what to do with it. The city had once intended to demolish the sunken plaza and build something new at street-level. But the 1975 plaza was designed by highly regarded landscape architect M. Paul Friedberg and went on the National Register of Historic Places in 2013. That blocked the demolition plan.

Funding came from the city and state, plus $4 million was raised by the Minneapolis Downtown Council and Green Minneapolis, a not-for-profit multi-project conservancy.