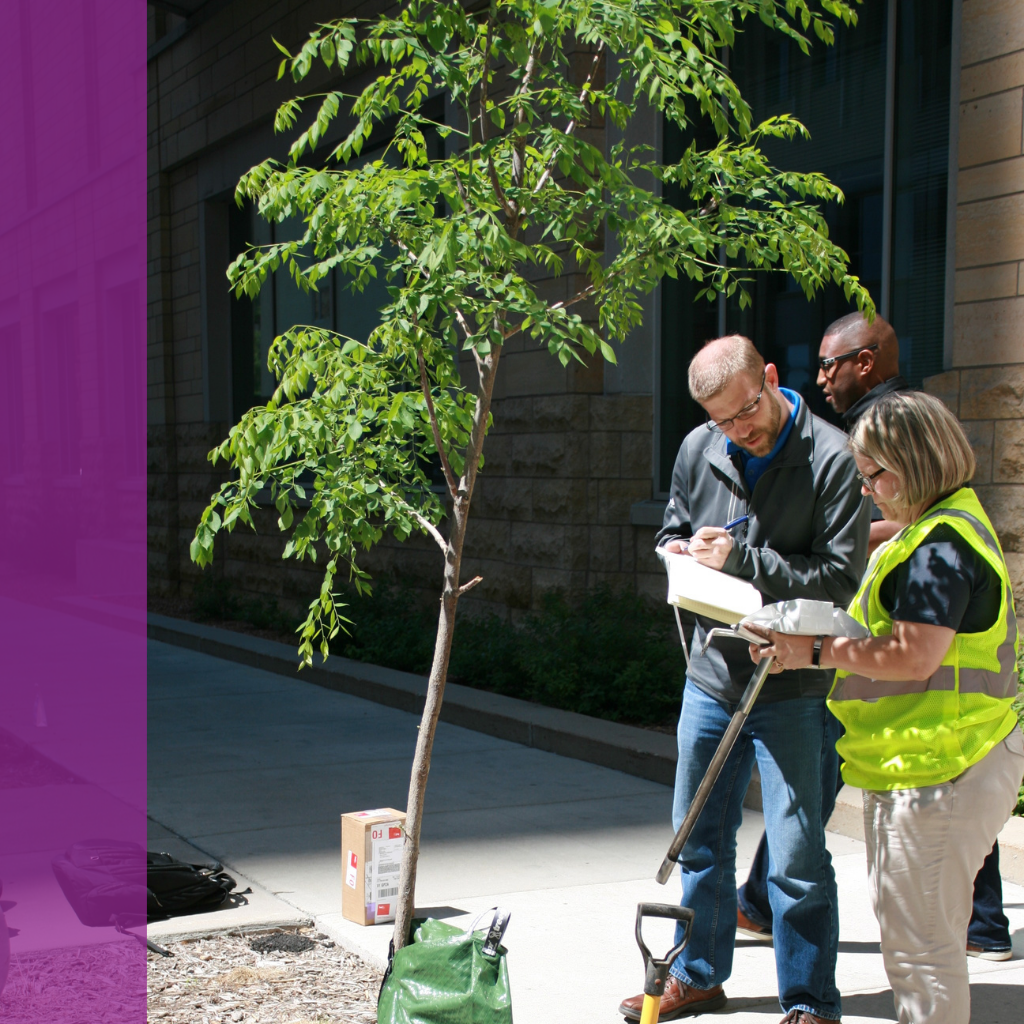 Press Release  |  by Minneapolis Park and Recreation Board

At their meeting on July 20, commissioners for the Minneapolis Park and Recreation Board (MPRB) approved an agreement to collaborate with Green Minneapolis on a pilot Urban Tree Carbon Offset Program. The first of its kind in Minnesota, the program is designed to sell carbon credits for trees that are added to the urban tree canopy in Minneapolis. These trees store increasing amounts of carbon as they grow, and play a key role in mitigating the effects of climate change on urban residents.

Funding from the program will be used to supplement the MPRB’s tree planting budget, with the goal of maintaining tree planting at rates established from 2014 to 2021. In those years the organization planted about 8,000 trees annually, funded through its Tree Preservation and Restoration Levy, enacted in response to the emerald ash borer infestation.

The levy expired in 2021, as the remaining public ash trees were replaced along streets and in parks in Minneapolis. The aim of the pilot Urban Tree Carbon Offset Program is to establish a new funding source so that MPRB can expand the tree canopy, not just replace individual trees.

“Increasing our urban tree canopy is a proven and cost-effective way of mitigating the adverse effects of climate change on our city’s residents. Selling carbon credits is one of the methods Green Minneapolis is employing to increase tree planting budgets for our partners,” said Green Minneapolis Board Chair David Wilson. “As the MPRB leads the way with this pilot, we’re working with a coalition of environmental nonprofits to expand this program, with the aim of planting five million trees across the seven-county metro area in the next 20 years.”

Green Minneapolis serves as the project operator for this pilot project: administering, marketing and selling 50,806 carbon credits for 23,755 trees that MPRB planted in 2019, 2020 and 2021. The first carbon credits from this project will be available for purchase this fall. Green Minneapolis is committed to selling carbon credits to companies that have publicly pledged to reduce their carbon emissions. As the owner of Minneapolis’ public trees, the MPRB will use funds from the sale of those credits exclusively to plant new trees and replace trees that die.

This initial pilot project is envisioned as the first of many annual tree-planting carbon credit projects with the MPRB, with proceeds from the sales of carbon credits from prior projects supplementing the MPRB’s tree planting budget in future years. The MPRB incurs no additional costs for its role in the program; its only obligation is to plant and care for the trees included in these projects for 25 years – work that is already performed by its forestry department.

A third program partner, City Forest Credits (CFC), plays an important role as a national nonprofit carbon registry dedicated solely to urban forest carbon. CFC and its scientists and stakeholders have developed carbon protocols, or rulebooks, for both tree planting and tree preservation projects in cities and towns. Before issuing carbon credits, CFC requires that all projects be verified by qualified independent third-party verifiers. This carbon credit project builds on the partnership between Green Minneapolis and the MPRB to increase tree planting in Minneapolis. In 2021, Green Minneapolis submitted a funding request to the City of Minneapolis Sustainability Office on behalf of the MPRB, and in May 2022 the City directed $1 million in American Rescue Plan Act (ARPA) funding to increase tree planting by the MPRB. These funds prioritize adding trees in the city’s major heat islands: its North and South Green Zones and downtown; as well as adding to the tree canopy across environmentally disadvantaged parts of the city.

About the program partners

The Minneapolis Park and Recreation Board permanently preserves, protects, maintains, improves, and enhances its natural resources, parkland, and recreational opportunities for current and future generations of our region including people, plants, and wildlife. It dismantles historic inequities in the provision of park and recreation opportunities for all people to gather, celebrate, contemplate, and engage in activities that promote health, wellbeing, community, and the environment.

Green Minneapolis is a nonprofit conservancy with the mission to advance the vibrancy of Minneapolis through parks and greening. Its Twin Cities Climate Resiliency Initiative is a public/private partnership focused on significantly?expanding the urban tree canopy across the City of Minneapolis?and the seven-county Twin Cities metropolitan area.