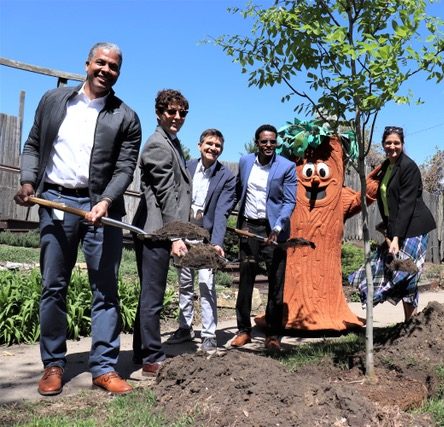 The money will jump-start the Green Minneapolis Climate Resiliency Initiative goal to add 200,000 trees by the year 2040. City and Minneapolis Park and Recreation Board officials announced the initiative Monday alongside Elmer the Elm Tree, the official mascot of the Forestry Department since 1976.

Minneapolis received $271 million under the 2021 pandemic relief law, and Mayor Jacob Frey pitched a plan in April to use the remaining $43 million on violence prevention, housing and mental health services.

Federal lawmakers passed American Rescue Plan Act to assist local government agencies with the economic fallout of the pandemic, and cities across Minnesota received $500 million to use in a variety of ways. Edina allocated $400,000 to a school district program, the Edina Education Fund’s Heal Together Campaign, and a new program to plant 100,000 trees.

Tree canopy is not only aesthetically and environmentally beneficial, but it also results in big savings for homeowners and the city. According to research by the Park and Recreation Board, each Minneapolis taxpayer saves about $100 a year from trees on public property. That’s because those trees process 200 million gallons of water annually, netting nearly $6 million in storm water management cost savings.