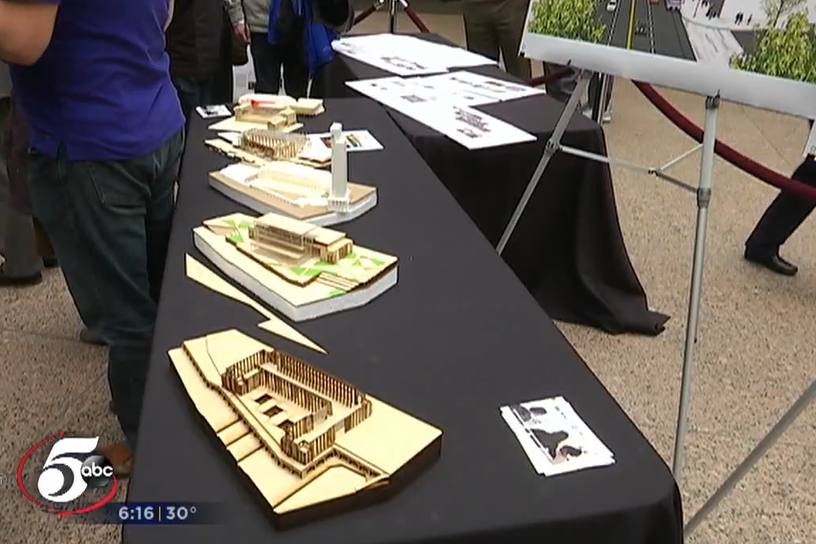 The lobby of the IDS Center in downtown Minneapolis is filled with several architectural design ideas for future development along the Mississippi River created by University of Minnesota’s College of Design.

The designs are fueled by the Minneapolis Downtown Council’s 2025 plan for future growth at an eight acre site around the downtown US Post Office along South 1st Street to the riverfront.

“Very proud, incredibly proud,” Elizabeth Schmiesing, College of Design student said. “It will help the whole city of Minneapolis realize the potential of the river—I think for a long time we’ve turned our backs to it.”

Schmiesing was part of four student teams that came up with designs ideas ranging from a marketplace that incorporates the river coming inside, to commercial space, residential options, art space, and new park land.

“This is the potential right now in the city of Minneapolis. It’s an amazing one; at the very least we should be exploring what we can get done,” Minneapolis Mayor Jacob Frey said at a news conference Monday that showcased the designs. “This would transform our downtown perspective, and would highlight what sets Minneapolis apart. I think it would in a beautiful way.”

The area around the river in downtown already bring around 3 million people to the area, according to the Mayor.

The land that is the center of the discussion is still housed by the Post Office. A spokesperson told KSTP they have “no immediate or pending plans for the downtown postal facility.”

As the snow fell along the Mississippi River around mid-day, Liz Villarreal was out running while pushing her child in a stroller at the proposed site.

“There’s always been talk and speculation on growth,” Villarreal said, who has lived downtown for more than a decade.

Villarreal supports plans that would bring a marketplace or create a new gathering spot for residents along the river but hopes the post office building remains.

“The beauty of the building, I don’t want that to be compromised. It’s a pretty amazing architectural space,” Villarreal said.

There is no set timetable for any development project to start at the site nor any estimated costs.