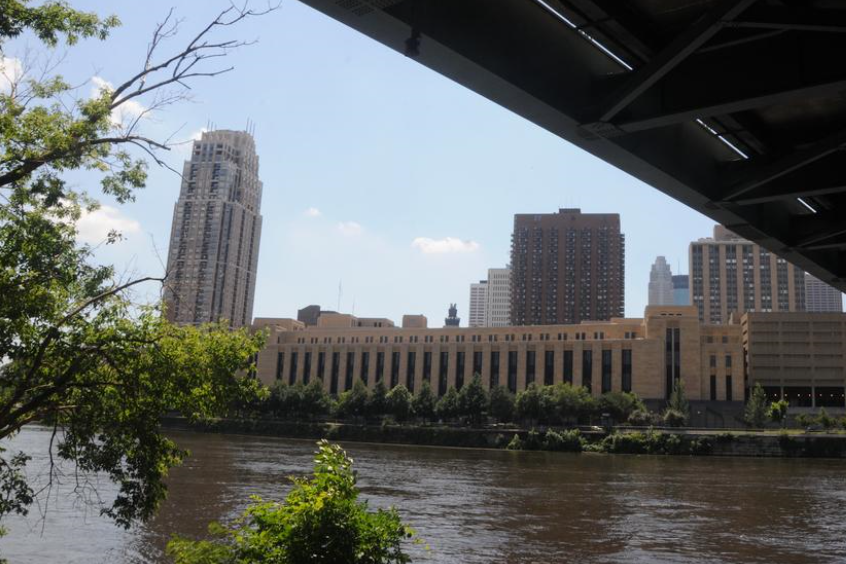 Could riverfront Post Office be replaced? Downtown leaders are thinking it

Minneapolis leaders are suddenly talking about the stately but massive U.S. Post Office at the edge of downtown like it’s the Nicollet Avenue Kmart with a river view.

The Star Tribune reports on talk by Mayor Jacob Frey and other local leaders, who on Monday unveiled potential redesigns of the property that stretches four blocks along South First Street and manages mail distribution for a good chunk of Minnesota. The original art deco building dates to the 1930s, with a big addition going up in the 1980s.

Frey complained that the buildings “are literally blocking the Mississippi River from the rest of our city,” and David Wilson, chairman of Green Minneapolis, called it obsolete.

Downtown boosters envision replacing at least part of the structure — including a big parking ramp near the Hennepin Avenue Bridge — with a market or riverwalk.

But part of the building is on the on the historic register, and so far there’s no buy-in from the U.S. Postal Service, which opted to keep the facility open in 2011 when it closed 88 other locations in Minnesota.

Developers have mused over the potential for the post office site for a long time; the Business Journal outlined some of the building’s history, and the challenges involved in redeveloping it, a few years back.